A Gift for Emma 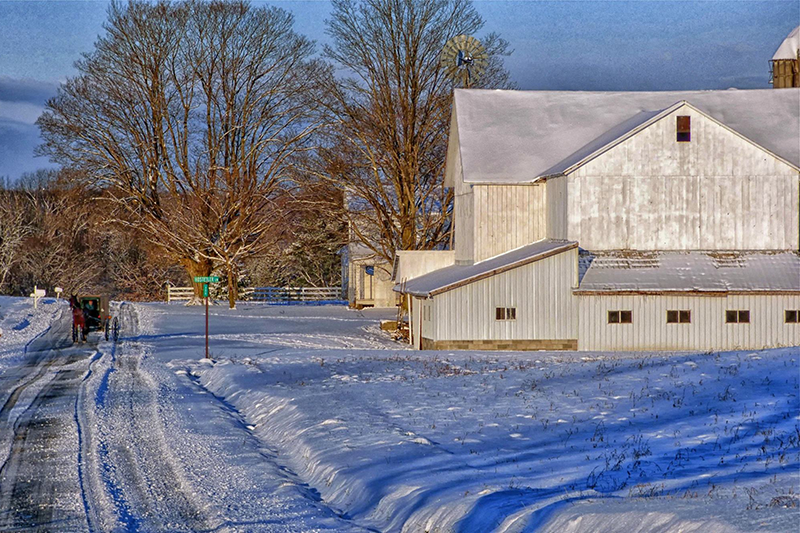 It was a week before Christmas and Emma Byler was sitting on her parent’s front porch.  The sun was just dipping behind the horizon, and in the distance, she could hear chipmunks chattering. In the quietness of the early evening, she found herself deep in thought about a conversation she overheard while delivering a bread order to Haven’s Sandwich Shop that morning.

As she waited for Mr. Clamp, the shop owner to take the fresh bread to the kitchen and return with payment, she couldn’t help but notice two girls sitting in the booth closest to the counter.  The girls had apparently been shopping at the Outlet Stores. Their booth was filled with boxes and bags displaying the names of stores that were not in Willow Springs.  It was hard not to overhear them talking about the things they had bought. One girl reached into her bag and pulled out a lovely red cashmere sweater that reminded her of the soft red mittens she saw at the Mercantile, while the other pulled out a new leather purse from a bag that had Gucci printed on it.  As they put away their items she could hear them talk about a Christmas party they both were invited to that evening.

As she stood there, she couldn’t help but think about how different their worlds were.  While she was busy helping her mother with extra baking orders and knitting her sister’s new scarves, some girls her age were attending parties and going shopping.  She had to admit that on days like this she wondered what it would be like to be English.  She tried not to listen but couldn’t help but hear them describe the outfits they bought for the party. One of the girls had mentioned that her father was away on business and had sent her money for Christmas that she spent on the outfit. There was just something about the conversation that bothered her, but she just couldn’t put her finger on it.

When Mr. Clamp returned and paid her, she quickly turned to go outside to wait for her Dat to pick her up.  She looked up and down the street for her Dat’s buggy, and when she didn’t see it, she took a seat on the bench beside the front door. It was starting to snow and she pulled her shawl tightly around herself to keep warm and wished she hadn’t lost her mittens. For a few minutes, she allowed herself to daydream about what it would be like to attend parties and wear fancy clothes. As she sat there, she watched the people walk in and out of the stores that lined Main Street.  Most everyone had one hand filled with packages while the other was busy working their phone. She was so deep in thought she didn’t notice her Dat’s buggy drive up.  She was startled when she heard him call her name. As she climbed in the buggy, she couldn’t shake the feeling of envy and confusion at the girl’s conversation.

On the ride home, her Dat was light-hearted as he spoke of the beauty of the first fallen snow.  She loved to listen to him explain how he saw the world through God’s eyes.  Even the snowflakes that were falling on the back of his beloved buggy horse Maggie amazed him and the impatient cars honking behind him couldn’t even shake him.  He chatted all the way home and it took her mind off the girls in the sandwich shop.

Once they returned home, she had a list of Saturday chores that kept her busy, and it wasn’t until after supper was finished and the kitchen cleaned that she could escape to her favorite rocking chair on the front porch.

As she closed her eyes and leaned her head back on the rocking chair, she heard the door open, and her Dat walked out and handed her a quilt to ward off the cold. She smiled fondly at him as he sat down in the chair beside her.  They quietly rocked in unison as they took in the sights and sounds of the crisp December evening. 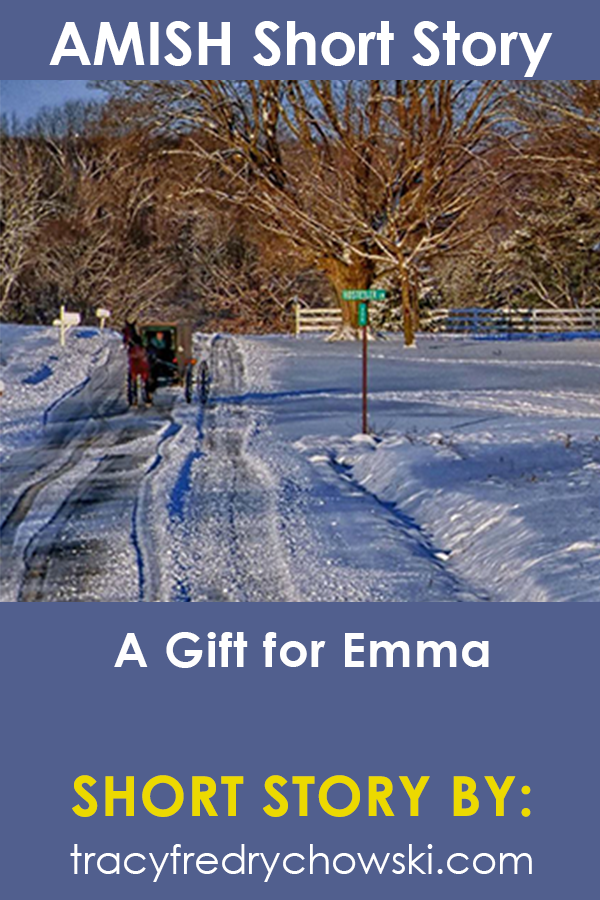 She could smell smoke from the chimney of the wood stove, and even the smell of her father’s coffee was comforting. The apple pie her mother made for dessert still lingered in the air, and she could hear the hum of her sisters spinning wheel in the front room. The snow that fell that morning had all but melted in the afternoon sun, and it was just starting to snow again as her father joined her on the porch.  This was one of her favorite times of the day, and even on days when it was too cold for her, her father always took his evening coffee to the front porch.  He said it was his way of thanking the Lord for the day and a way he could enjoy the picture the night sky painted for him.

As she sat there, she thought of the girl’s conversation and then remembered an old Amish proverb she often heard her Dat recite.

“How we spend Christmas is of greater significance than how much we spend on it.”

It finally hit her what had really been bothering her all day.  Not once did the girls talk about spending time with their families and not once did she hear either of them say anything about Jesus. She had spent a better part of the day wondering what it was like to go to parties and dress in fancy clothes when all along she had everything she could ever need right in front of her. At that very moment, she heard her Dat excitedly say.

When she looked in the direction, he was pointing she didn’t see anything but a bright red mitten covering her father’s four fingers.  His thumb was not inside the mitten since his hand was too large for the girl sized mittens.   She giggled at the sight.

“Are those the mittens from the Mercantile?”

“They are, I figured you’d enjoy your Christmas present early especially if you’re going to spend time on the porch with me.”

At that very moment, she knew she didn’t need fancy parties and expensive gifts because she had everything a girl could want, a father who loved her both here on earth and in heaven. No amount of fancy clothes and parties could replace the peace and comfort she felt by watching the joy on her Dat’s face as he handed her his very simple gift …a pair of red mittens.