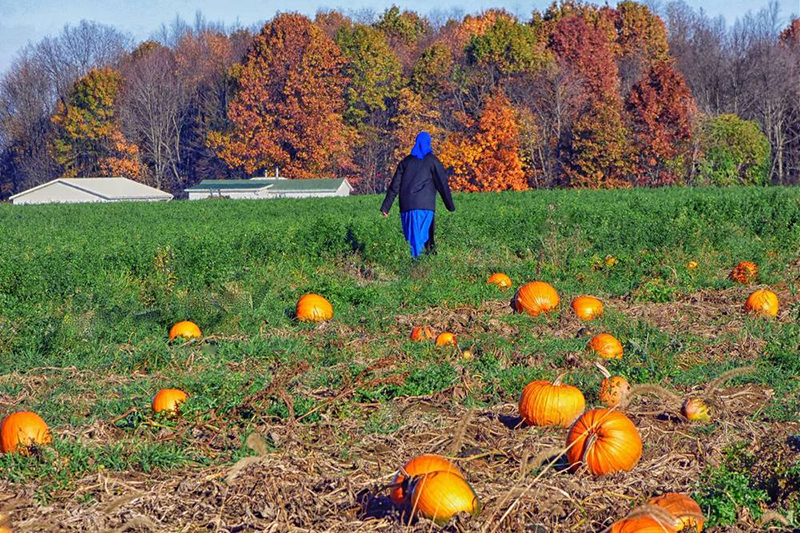 The aroma of apples and cinnamon still lingered on Emma Byler’s scarf as she took a shortcut through the field on her way home. She’d spent the morning making apple butter with some of her friends and was humming Amazing Grace as she made her way through the field.  Spending time at a work folic always put her in a good mood. It was exactly what she needed to take her mind off Samuel and his accident. The change of the seasons gave her new hope that he’d snap out of his blue mood and get back to his old self again.

At the edge of the field, she could see the outline of her Samuel parents farm through the red and orange leaves.  As she got closer, she saw Samuel sitting on the far end of the porch.  She wanted so badly to go to him, but he made it clear he didn’t want to see her.  Cutting through the woods she walked the path to the creek. For now, she would leave him alone, but she was determined to pay him another visit very soon.

Throwing the sling to the floor, Samuel stretched out his arm and squeezed the exercise ball his therapist had insisted he start using to strengthen his hand.  Concentrating on watching a squirrel fill his mouth with acorns he tried to take his mind off missing Emma.  He hadn’t seen her in weeks, and he couldn’t blame anyone but himself.  Needing to clear his head he walked off the porch and toward the path that separated the Byler and Yoder farms. He hadn’t walked the path since before his accident and the last time he sat at the creek was with Emma. How had life gotten so complicated? The plans they had started to make were all put on hold the day he got hurt.  How could he expect her to marry him when he couldn’t even drive a buggy? It was better she stay away until he could figure it all out.

Rounding the bend that opened up to the creek he saw a shimmer of yellow reflecting off the water. There sitting on their favorite rock was Emma. Her scarf was off, and she was brushing her waist-length hair with her fingers. She had told him once how she loved to sneak away and come to the creek and let her hair down.  He had only dreamed about what that might look like and never imagined he would see it firsthand.

Trying to stay hidden in the trees he stepped back, and his foot found a branch that snapped under his weight.  Turning her head toward the sound Emma stood and quickly started to roll her hair back up in a bun embarrassed she had been caught with her hair down. 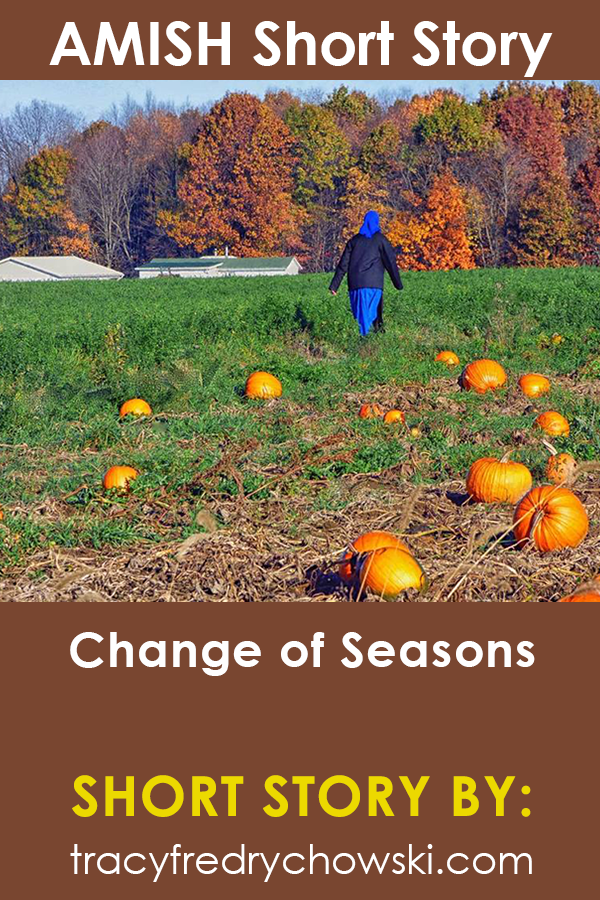 “Samuel, what are you doing here?”

“I could ask you the same question.”

“Since when do you care where I’m at or what I’m doing?”

“I guess I deserved that, but there’s no sense in getting snotty about it.”

“Oh no. I’d say you’ve made it pretty clear you didn’t care to know anything about me. I’ve tried to stop by and check on you. I thought I meant more to you than to be shooed away like a fly on a pie each time.”

Putting the pins back in her hair she started to walk past him and said.

He stood and just looked at her.  What had he been thinking of pushing her away for so long? With his good arm, he reached for her hand.

Afraid he might have just ruined things for good he pulled her close.  She smelled like cinnamon, and the warmth of her sitting so close gave him hope. Pushing himself back so he could look her in the eyes he lifted her chin and said.

“How can I ever make it up to you?

“To start with you can stop pushing me away.  If you expect me to be your wife someday, we have to be there for each other no matter what path God puts us on.”

Before she could say another word, he placed his finger over her lips and kissed her forehead.

“You know I may never have full use of my arm again and I might always need help doing things.”

“And you think that bothers me? I’m pretty sure when two people get married they do it together not alone. There will be times when I’m going to need your help, and I’m sure you won’t think twice about helping me.”

All he could do was sit there and listen.  He didn’t realize how much he’d missed her and how stupid he had been to push her away.

“Samuel, are you listening to a word I’m saying?”

Looking over her shoulder to make sure no one was coming he reached up and unpinned her hair from the bun nestled at the nape of her neck.

“Samuel! What are you doing?”

“Shhh, this is one thing I will master with one hand.”

Sitting entirely still she let him unwind her hair until it fell in her lap between them.  He ran his fingers through her hair and tenderly pulled her close to him.

“I’ve been feeling sorry for myself long enough, it’s time I snap out of it. My dat always says that you should not ask the Lord to guide your footsteps if you’re not willing to move your feet. I think this could be one of those times, don’t you?”

“I think your dat is a wise man and you should take his advice.”

Gathering up her hair and rewinding it she stood up and put distance between them.

“What are you doing?”

“Putting this back where it belongs.  It’s only proper that my husband be the only one who sees it down.”

“Well, then I think it’s about time we do something about that, now don’t we?

“Samuel, are you asking me to marry you?”

“I am if you can see fit to marry a man with the use of only one arm. Do you have any plans for the first Tuesday in November?”

“A bum arm is the least of our trouble once we tell our parents we only have three weeks to plan a wedding.”