Have you met Anna Byler yet? 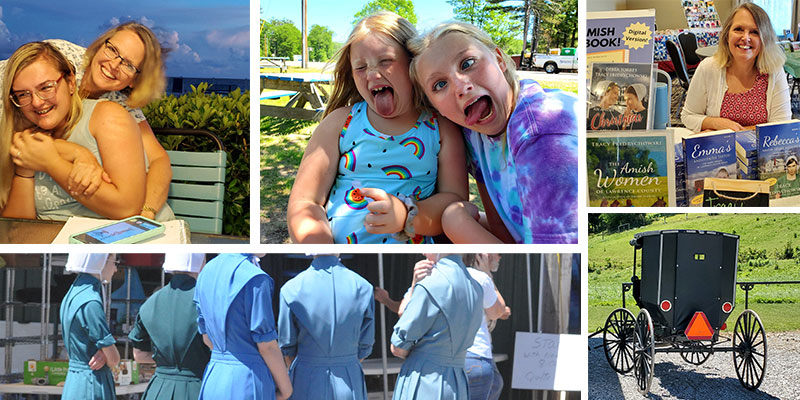 I hope this finds you well and enjoying your summer! I spent a few months visiting my favorite Amish community, traveled across the country meeting some of my favorite readers, visited my granddaughters in Wisconsin, and slipped away to enjoy a few days at the beach. Whew!

And in between all that, I finished my latest release Anna’s Amish Fears Revealed, on time. Whoohoo!!!

So to celebrate that I can sit back and enjoy the last month of summer at home, I want to introduce you to Anna’s story before it releases in September.

A heaviness pressed down on Anna’s chest, and she reached out to catch herself from falling. All morning her heart raced in anticipation of having to go to Shetler’s Grocery. Rebecca continued to push her to get out of the house. But in all reality, she felt the safest tending to the chickens or helping with chores.

The grocery shelf shook under her weight. Before she had a chance to slip to the floor gracefully, her arm caught a stack of cans, making a commotion that could be heard throughout the store.

A fuzziness floated before her eyes, and she squeezed her eyes tight, praying it would pass quickly. An awful buzz echoed in her ears, and she leaned forward and put her head between her knees, and she prayed. Please, Lord, make it go away.

A tender voice and a warm hand on her back made her tip her head in the direction of the calming call.

Did she hear correctly? Had Mrs. Kauffman just called for Simon? Oh, please, Lord, not Simon. He can’t see me like this.

With a shuddering sigh, she tried to stand up, only to fall to her knees.

The older woman grabbed her arm. “No child, stay put. Simon is here. Let him help you.”

It didn’t take a second to know it was Simon just by the smell of pine on his shirt. His job at Mast Lumber Mill provided him with a steady job, even if he wasn’t Amish any longer.

Their paths rarely crossed since he chose to follow his dream instead of his heart. But his touch only added to the sense of panic creeping through her skin.

Anguish filled her until she thought the weight would crush her lungs. Try as she might, she pulled her arm from his grip, but it only caused her knees to buckle under her. He placed his arm under her legs and around her waist and picked her up in one swift motion.

The sudden rush forced her head to drop into his chest. Without any option but to allow him to carry her, she stopped fighting and let his strong arms cradle her body.

Annie, how dare he call me that. He lost that right four years ago. But she didn’t have the strength to argue.

He stopped near the cash register and sat her down in the chair Mr. Shetler had pulled out. Simon snapped his head toward the direction of people who had followed the racket. “Someone get her a glass of water.”

Simon fell to one knee, rested his hand under her arm, and whispered close to her face. “Did you have another panic attack?”

There weren’t many people outside her immediate family who knew she suffered from constant panic attacks, and she’d hoped to keep it that way. When she lifted her face toward the crowd, her heart sank. Leaning into Simon’s shoulder, she pleaded, “Please make them stop staring at me.”

Simon lifted her from the chair and carried her outside while stating. “She’s fine. Just a little overheated. A glass of water and she’ll be good as new.”

His mother followed them outside and opened the passenger side door of his truck. He gently placed her on the leather seat and thanked his mother.

Mrs. Kauffman leaned inside and handed Anna a cup of water. “Here, dear, drink this and let Simon turn on the air conditioner to cool you down.”

She let her hand rest on her son’s forearm. “I won’t be but a few more minutes. Perhaps we should take her home?”

The older woman patted her arm. “Now, don’t think another thing of it. These things happen.”

Anna looked worried. “If Bishop Weaver catches you speaking to me, you’ll get in trouble.”

Mrs. Kauffman’s tender tone calmed her fears. “You let me and Mr. Kauffman worry about Bishop Weaver. It will take more than this to ruffle my feathers.”

Anna closed her eyes against the sudden tears and thought. Why does this continue to happen to me?

Simon closed the door, and she laid her head on the back of the seat. Of all people, why did it have to be Simon? That part of her heart had long closed.

She opened her eyes when Simon slid into the driver’s seat and turned her head in his direction. If fear alone didn’t paralyze her, the picture hanging from his rearview mirror made her gasp for air.

Without thinking twice, she fled from the truck and ran across the road and through the field that led back to Eli and Rebecca’s.

Pre-order eBook on Amazon here at its discounted price>> https://readerlinks.com/l/2606859

*Pre-order the paperback on my website here at its discounted price>> https://readerlinks.com/l/2618662

*Purchase the paperback directly from my website, and I’ll add something extra to your order. 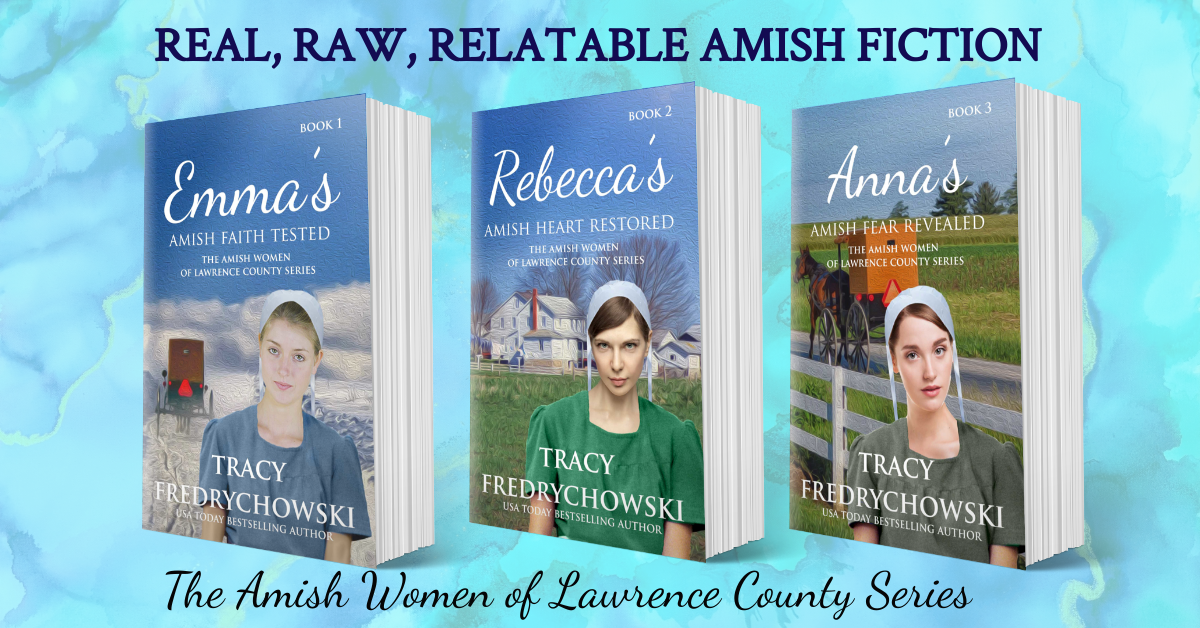 Enjoy, and thank you from the bottom of my heart for spending a few minutes in Anna’s story today. I pray you  enjoy this third book in the Amish Women of Lawrence County Series.