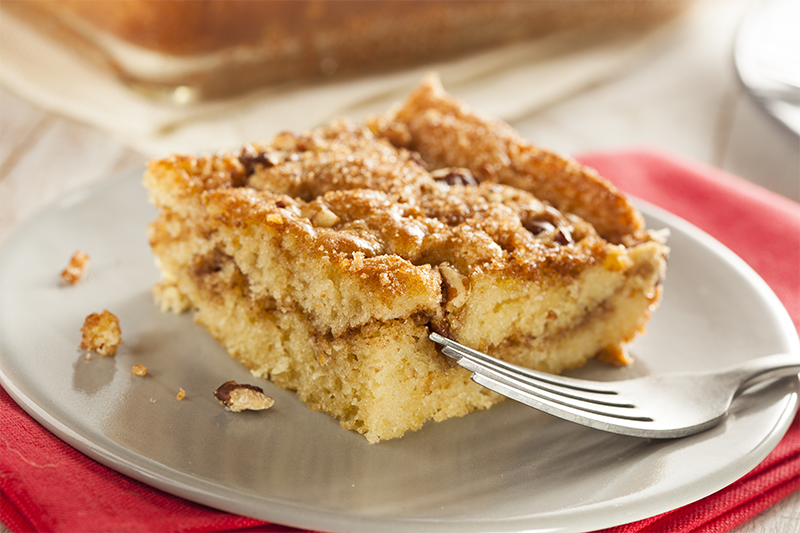 Walking up the steps of Shetler’s Grocery, Teena was busy reading her list and didn’t notice that Ben Yoder had held the door open waiting for her to pass through.  Without looking up from her list, she gave a short “denki” and proceeded to grab a hand basket to gather the things on her list. Tomorrow was an off Sunday; a day where the members of her church could spend it visiting friends or attending a service in a neighboring community.

Along with her sister, Lizzie, they had invited a few of their neighbors to come and join them for lunch. Both were unmarried, with no families of their own, they often opened their home to some of their elderly neighbors.  At the last minute, she decided to make her famous Buttermilk Coffee Cake and needed to pick up pecans, cinnamon, and brown sugar for her recipe. Standing in the bulk food aisle looking for cinnamon, she scanned the shelves looking for the brown spice. 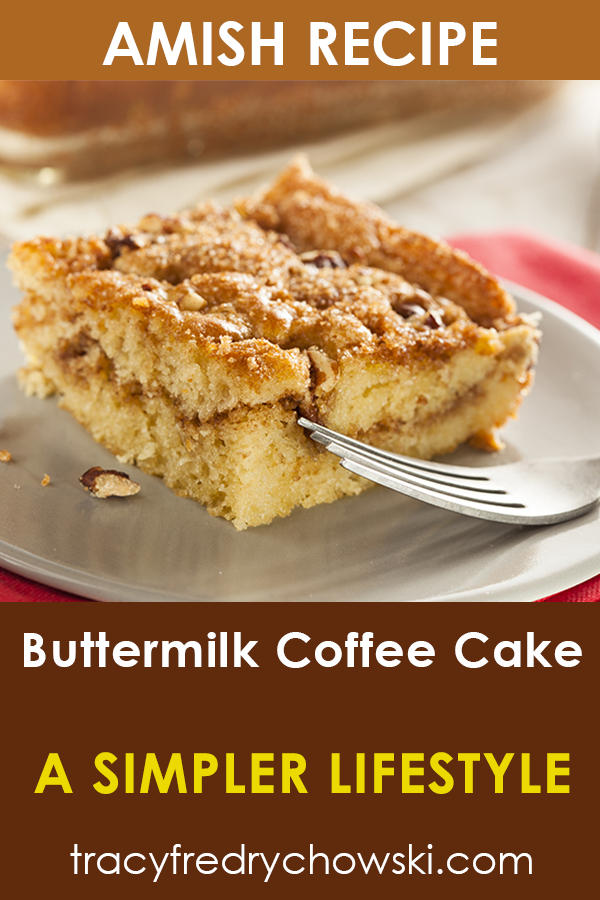 Standing near the door, Ben watched as Teena walked through the store, filling her basket.  He had been watching and waiting for months looking for an opportunity to talk to her.  They both were older and way past courting age, so finding an excuse to be around her was frustrating. Seeing that his chance might be unfolding in the grocery store, he took a deep breath and walked her way.  “It’s now or never,” he thought.

Walking up behind her, he asked, “Anything I can help you find?”

Spilling her basket, she turned toward the voice and said.

“Ben, don’t sneak up on me like that.  I’m looking for cinnamon, but not having much luck.”

“I know the spices are in alphabetical order. So let’s see, a, b, c …there it is, cinnamon.”

“How silly of me to not notice they’re in order. Denki.”

Bending down to pick up the things that had spilled from her basket, he said.

“Looks like you’re getting ready to do some baking.”

“That sounds good. Living by myself, I don’t get a chance to enjoy baked desserts too much.”

Willing himself to get up the nerve to ask if he could stop by and visit with her sometime, he handed her the basket as she put the container of cinnamon inside.

“Well, I best be on my way, my coffee cake isn’t going to make itself.”

He watched as she walked away, disappointed that his mouth wasn’t cooperating with his head. Grabbing a container of cinnamon, he followed her to the checkout.

Barbara at the counter started to ring up Teena’s order as she noticed the huge container of cinnamon Ben was holding in his hand.

“What on earth are you going to do with all of that cinnamon? She asked.

Looking down at the container he held in his hand, he laughed as he said.

“Teena made me hungry for coffee cake, so I thought I’d try my hand at making some.”

Turning toward him, Teena asked. “I didn’t give you the recipe, how do you know you have all the ingredients?”

Taking the container from his hands and handing it back to Barbara, she picked up her bags and said.
“He won’t be needing that.”

“Do you think I’m not capable of baking?”

Heading out the door, she hollered over her shoulder.

“I’m sure you are more than capable, but why would you want to make my buttermilk coffee cake recipe when you can come for lunch tomorrow and eat all you want?” 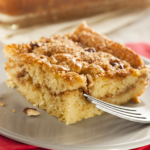